A grey sky with patches of blue saw me up bright and early, and at the station in plenty of time for the Wick train. 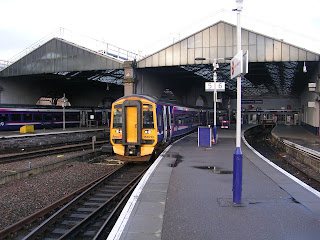 I wasn't expecting first class on this service but there was a section at the front of the Class 158.  I had also worried about getting a seat amongst all the tourists, but the train was deserted.   The clouds broke and we departed in bright sunshine, and the weather oscillated between this and heavy rain all the way.

We paused at the new Conan Bridge station which I was surprised to see is only long enough for one door of the train. 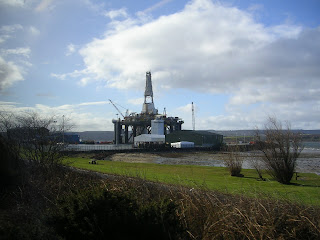 At Invergordon was this oil rig.  I assume it's under construction, unless they've struck oil here!

The journey continued through increasingly barren countryside, I saw lots of birds of prey and a few deer, but mainly sheep.  Last time I came here the train split at Georgemas Junction and a different loco hauled the Thurso portion, but nowadays the unit just nips to Thurso and back to Georgemas before finally running to Wick, which we (Maybe half a dozen passengers.) reached in gentle rain.

As I shivered in the wind and rain outside the station waiting for the bus I began to wonder if this part of the trip was a good idea or not, but by the time the bus had run through Wick and called at the Tesco on the edge of town, we were in bright sunshine once again. 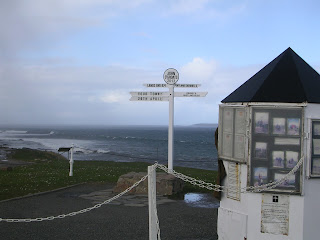 It was dull and threatening rain when we arrived at the John O'Groats tourist trap, and a heavy shower almost immediately forced me into the tea room, but the weather soon passed and I had time to wander round in the cold wind and take a few photos. 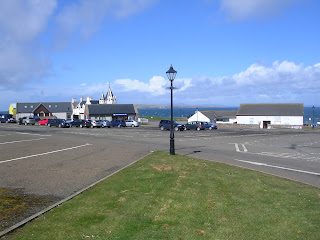 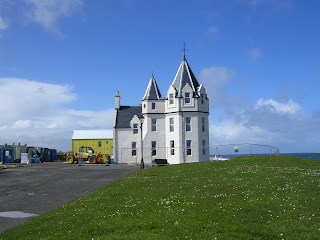 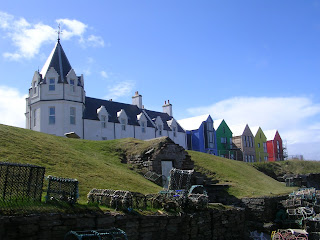 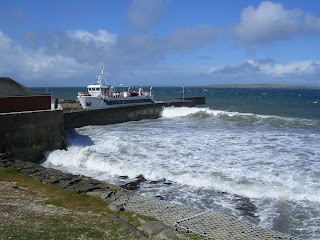 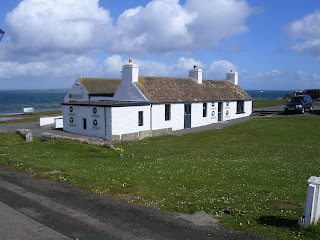 There were various bus options open to me but having soon reached the "been there done that" state, I caught the first one back to Wick.  This allowed me a brief stroll through the town in what was now steady sunshine.  There was a major funeral of some sort, lots of people in dark suits or kilts heading to the ceremony. 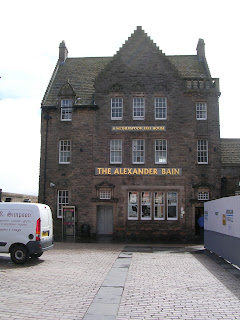 I, on the other hand, headed for the most northerly Wetherspoon's to sample some local quisine (Scotch pie, chips and beans), some non-local real ale, and a chance to bring the blog up to date again. 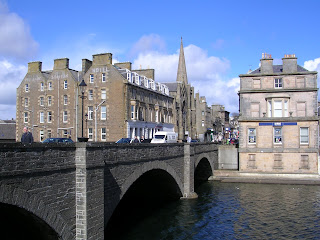 Soon, it was time to stroll back to the station in the sunshine for the train back to Inverness. 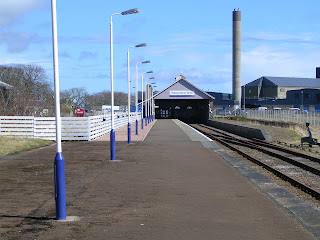 The station was just as I remembered it from last time, a very long platform with a short covered section at the end.  In eighties this was reserved for the loco and a parcels van, and the mere passengers had to alight in the rain, I seem to recall. 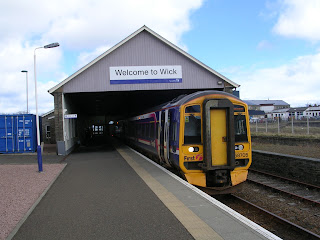 The incoming train arrived about fifteen minutes late, carrying five or six passengers, and was then ready to take me back to Inverness, once more sitting in the declassified first class.

After more sunshine and more downpours we reached Inverness a few minutes late, requiring the Glasgow passengers to hurry round to their waiting onward connection.